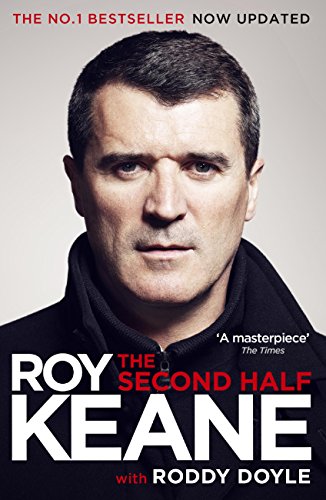 No. 1 bestselling memoir of Roy Keane, former captain of Manchester United and Ireland - co-written with Man Booker Prize-winner Roddy Doyle. Now updated with a new chapter, including Roy leaving Aston Villa and the Republic of Ireland's qualification for Euro 2016.

In a stunning collaboration with Booker Prize-winning author Roddy Doyle, Roy Keane gives a brutally honest account of his last days as a player, the highs and lows of his managerial career, and his life as an outspoken ITV pundit.

'Roy Keane's book is a masterpiece . . . It may well be the finest, most incisive deconstruction of football management that the game has ever produced' Mail on Sunday

'A genuine pleasure . . . His thoughts on his players are humane, interesting, candid and never less than believable' The Times

'The best things are the small things: regretting joining Ipswich when he discovered the training kit was blue; refusing to sign Robbie Savage because his answerphone message was rubbish; being appalled that his side had listened to an Abba song before playing football' Evening Standard

'The book is brilliantly constructed, rattling along at breakneck speed . . . full of self-deprecation . . . a ruthless self-examination' Daily Telegraph