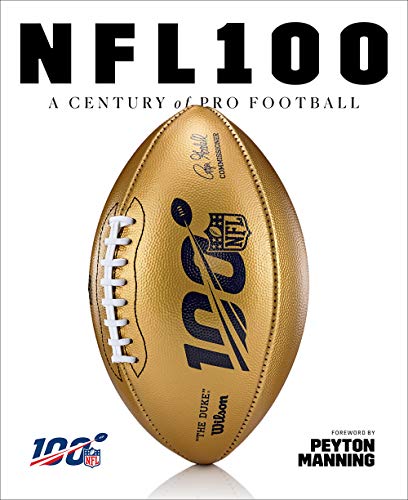 Reseña del editor An authorized visual history of America's most popular sport Timed to coincide with the National Football League's 100th anniversary, NFL 100 celebrates the history of America's most popular and highly watched sport. From its humble beginnings in Canton, Ohio, to its emergence as a sport cherished by millions, all the key moments and famous athletes are honored within the pages of this handsomely produced book. In addition to the lively text, and action and portrait photography, the story of the game and the context in which it grew are animated by original lists, charts, creative statistics, and infographics, along with beautiful photos of the evolving equipment and artifacts essential to the story of the sport. A perfect gift, NFL 100 will be cherished by every football fan, new or old. Biografía del autor Rob Fleder was executive editor of Sports Illustrated and the editor of its related books during his tenure at Time Inc. Among the books he edited are Sports Illustrated 50: The Anniversary Book and Sports Illustrated: The Football Book. Currently editing books and consulting on publishing projects for his company, Low Gear & Minus, Inc., Fleder lives in Westchester, New York. Roy Blount Jr.'s 1973 book, About Three Bricks Shy and the Load Filled Up (expanded version) was called ""the classic of American football writing, and a book that deserves a place on the short shelf of the cracked masterpieces of New Journalism"" by Dwight Garner in 2014 in the New York Times. Blount is a former writer for Sports Illustrated, contributor to many other publications, and author of 24 books in all.